One of the best destinations in California has got to be San Francisco. It’s definitely on bucket lists of plenty of travelers out there.

If you’re planning on visiting San Francisco, here is a list of must-see attractions to help get you started on planning your trip!

Bike Across the Golden Gate Bridge

The Golden Gate Bridge is world famous and has been declared as one of the modern wonders of the world. It opened in 1937, and at that time, it was the world’s longest suspension bridge ever created. It’s already pretty impressive when you drive across it, but imagine the thrill of biking (or walking) across it!

Alcatraz is 1 1/2 miles off the shore of San Francisco and was originally developed as a military fortification and military prison, but it is most famous for being a federal prison from 1933 to 1963. Plenty of infamous criminals were housed here, like Al Capone and Robert Franklin Stroud.

San Francisco isn’t the only city with Chinatown, but it is the only one who boasts the largest in the world outside of Asia, and the oldest in North America. It brings in more visitors each year than the Golden Gate Bridge. As if that wasn’t impressive enough, San Francisco actually has four Chinatowns for you to experience.

San Fran is very proud of their cable car system, the last manually operated system in the world. The cable cars first started in 1873, but by 1892, the first electric streetcars pushed the manual cars into decline. San Francisco’s cable cars are mostly filled with tourists, but you have to do it while you’re here. It’s iconic.

This is home to some of the world’s best chocolate. It used to be the locations of a chocolate factory owned by Dominico Ghiradelli, you know, the famous Italian-born guy who founded Ghiradelli Chocolate. The square is now home to many shops, restaurants, and hotels. Make sure you get a chocolate sundae or even just a simple chocolate bar.

Experience the View from Twin Peaks

Geographically, Twin Peaks is located at the center of the city. It’s the best view of San Francisco, which is why it’s such a famous tourist attraction. You can see the Golden Gate Bridge, Alcatraz, the Mission District, Haight Ashbury, and all of the nearby gorgeous modern homes.

Take a Selfie in Front of the Painted Ladies

The Painted Ladies are those infamous Victorian row houses across from Alamo Park, also known as “Postcard Row.” They are one of the most photographed locations in San Francisco, and most well-known for being featured in the 90’s sitcom Full House. While in San Francisco, you definitely have to take the time to admire these homes while also snapping a few selfies! 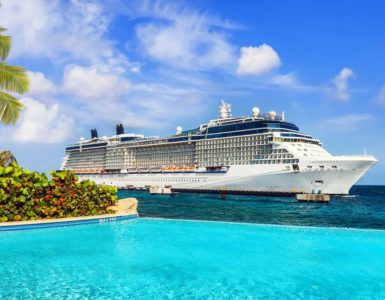