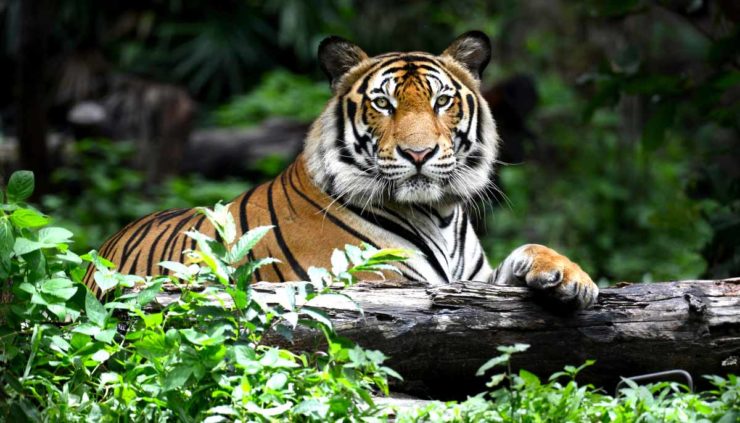 Exotic Pets You Can’t Have (But Really Want)

At some point, every kid wants to have their own pet shark, or lion, or bear. While most people grow out of wanting such impractical pets, many still daydream about how cool it would be to ride an ostrich to work or show off their tiger to their friends. Let’s take a look at some of the coolest pets you can never own.

People love cats. Big cats, however, are some of humanity’s only natural predators. Maybe this is what makes the idea of having a pet tiger so appealing. It’s like a big housecat but way more dangerous! Imagine how cool it would be to have a tiger friend who won’t hurt you but will just guard your house instead.

It won’t surprise you to find out that it’s illegal to own a tiger pretty much everywhere in the world unless you’re operating a zoo or wildlife sanctuary. Also, tigers would make terrible pets. If they lose their tempers, they could just kill you. Heck, they could kill you on accident. Leave the tigers to the jungle and zookeepers.

We’re not going to argue that a shark wouldn’t be the coolest pet ever. Imagine going over to your buddy’s house, seeing a pool in the backyard, and getting ready to go for a dip. Then, he stops you and says, “Whoa, pal, that’s the shark’s pool. You can’t just jump in there.”

There are only a few problems with the idea of owning a shark. Firstly, they eat a ton of raw fish, which would be expensive to source. Secondly, sharks also don’t like being confined to small areas. Finally, there’s also the little issue of sharks being illegal as pets since they’re giant, man-eating monsters from the deep.

If you’re American, you’re quite familiar with the bald eagle as the symbol of the United States. Bald eagles are majestic and powerful. Who wouldn’t want one trained to sit on their arm and look like a boss?

The problem, of course, is that you can’t keep a bald eagle as a pet. They’re endangered and highly protected by various wildlife groups. Bald eagles also don’t like being in captivity; they love to roam over wide areas, scouting for food and generally being awesome. A cage in your house isn’t a great place for such an animal.