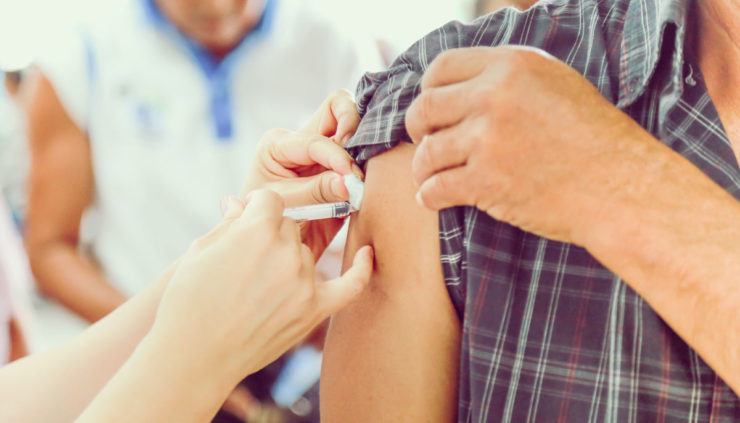 ﻿It might be a good idea to get your flu shot and pump yourself full of Emergen-C before traveling this season. Although it is still relatively early into the annual flu season, many states are reporting a large number of flu outbreaks already.

Though the flu season usually starts in October or November in the U.S., it generally peaks between December and February. However, this year, the flu season seemed to start particularly early, with more influenza activity in November than any other point in the last 10 years.

In fact, flu activity had already appeared across all 50 states by mid-November, with 10 states already experiencing “widespread” influenza activity according to the Centers for Disease Control and Prevention (CDC). In order to be considered “widespread,” at least half the regions in the state have reported flu outbreaks or increases in the number of flu-like illnesses.

Just below “widespread,” there were 14 states that had “regional” flu activity, which means that they have several regions, but not more than half, reporting a rise in the flu. Those states were Arizona, Colorado, Connecticut, Florida, Georgia, Idaho, Indiana, Kentucky, Nebraska, New York, Oregon, Pennsylvania, Virginia, and Washington.

That’s 24 states with significant flu activity across the country. This is the first time that the U.S. has seen such activity so early in the season since 2009, the year of the H1N1 flu pandemic.

So far, the CDC has reported five deaths associated with the flu this season. The youngest was a 4-year-old child in California, according to the Riverside County University Health System. Much like other flu-related deaths, the child had underlying health issues before testing positive for influenza.

If you’re planning on traveling anytime soon, getting a flu shot will be your best bet to prevent flu and its potentially serious complications.

Even though all 50 states are seeing flu activity already, with half the country already showing a significant amount of cases, it’s not too late to get vaccinated.