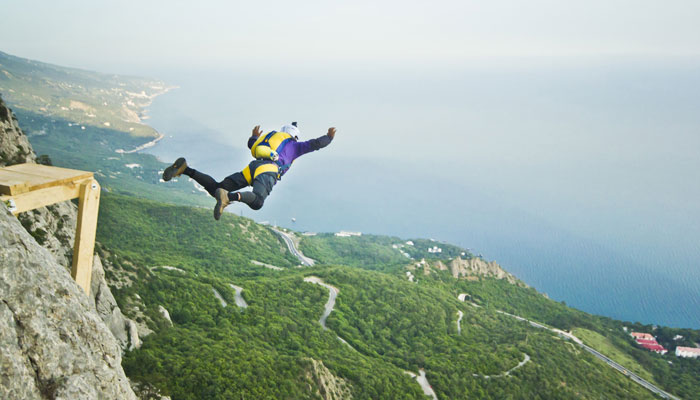 The Basics of BASE Jumping: What is it?

Extreme sports are seeing a growth in popularity, as sports enthusiasts and thrill-seekers look for more ways to push the envelope. Base jumping is one of those extreme sports. Base jumping has been evolving for a few decades now, but more so during the last decade as we’re seeing more and more movies and documentaries about it.

More people are getting inspired to challenge gravity and break free, and we’re seeing this extreme sport go from the fringe to a full-blown phenomenon.

The Invention of Modern Base Jumping

Although base jumping has been around for quite some time, modern base jumping was invented by filmmaker Carl Boenish and his wife Jean Boenish, along with Phil Smith and Phil Mayfield.

Carl filmed his first base jump from El Capitan in Yosemite National park in 1978. “Base” is actually an acronym that Boenish and other pioneers came up with. It stands for Buildings, Antennas, Spans (bridges), and Earth; representing the types of fixed objects that jumpers can potentially leap from.

Carl Boenish also went on to make the Guinness World Records for his 1984 leap from Troll Wall in Norway for the highest base jump. Troll Wall is now considered one of the top destinations for base jumpers.

How Base Jumping Works

Jumpers wear a parachute, and most also wear a specially designed outfit, called a wingsuit, that helps them slow the rate of descent while making aerial maneuvers on the way down. After gliding along with the wingsuit, the jumper will reach an altitude where the ground is rapidly approaching.

This is when it is critical to open the parachute, and the parachute helps the jumper land safely back on Earth.

Unlike skydiving, base jumping occurs much closer to the ground and is also often within close proximity of structures. The extreme athletes that jump have less time to deal with equipment failure, react to changing conditions, or recover from a bad jump.

Before Attempting a Jump

If base jumping is on your bucket list, you have to understand that it is dangerous, and there are definitely risks involved. There have been numerous fatal accidents involving base jumping over the years. An accident is 43 times more likely to occur with base jumping than simply skydiving from a plane.

It should only be attempted by those who have been properly trained. Consult with experienced and certified jumpers to get proper training before ever attempting a jump.

Easy Ways to Make Traveling With Kids a Little Easier

Traveling can be a great experience for kids. It’s important for them to have adventures, learn about other cultures, and explore the world with us. However, if you’re planning big travels with small kids...