There are plenty of excellent reasons to visit Mexico City. Between the rich culture and history, the thriving art scene, tons of museums (fun fact: it has more museums than any other capital in the world), and the booming nightlife, you’ll never be bored.

But there’s one more thing that Mexico City has: some of the best cuisine in the world!

While packing for your trip to Mexico City, I’m going to need you to pack your stretchy pants, because I’m going to give you a list of foods that you absolutely have to eat while there!

Some of these foods might be new to you, and you might have had some of them in your hometown. But nothing is going to compare to picking up these iconic and authentic foods while on your trip.

And seriously, there is so much delicious authentic food in Mexico, that you might find yourself eating the whole time! Hence, the stretchy pants.

So, without further ado, here are a few foods that you absolutely must eat in Mexico City.

If you’re looking for Mexican street food, this is essential. A guajolota is also known as a torta de tamal, and is basically a sandwich made of a tamal stuffed inside bread (a telera or bolillo).

They’re really cheap and incredibly filling, although a little bland. They’re incredibly easy to eat on the go. It’s most commonly eaten as a breakfast food.

Dreamy and creamy enchiladas suizas, or Swiss enchiladas, aren’t from Switzerland at all. They actually originate from a Mexico City Sanborns, which is a large department store that has a restaurant, retail, and a pharmacy.

They’re enchiladas that are topped with a milk- or cream-based sauce, like a béchamel.

These fried dough pastries are originally from Spain and Portugal, but you have to stop through Coyoacán, a neighborhood of Mexico City, for churros.

It’s an artsy area of the city with an affinity for these tasty treats.

Barbacoa originated in the Caribbean, and you can find it other places, but you have to get it in Mexico City. If you get barbacoa somewhere like Chipotle in the US, I promise that it’s not even close to the same thing.

It’s traditionally lamb or goat, and it is super tender because it’s slow roasted for several hours in a pit. Get it served in tacos, or as part of a hearty stew.

No, these are not the same thing that you order at Taco Bell. If you don’t eat a real gordita while in Mexico City, what are you even doing? It’s a pastry made with masa that’s fried up, sliced open and stuffed full of meats, cheese, or anything else, really.

The gordita is a (very delicious) staple of the of this city. And with a name that translates to “little fat one,” how could you pass it up?

Okay, so these are technically going to be best in Puebla, a neighboring city that is the original home to tacos al pastor. You can obviously find some joints in Mexico City that do a great job with them, too, but if you’ve got the time, do yourself a favor and skip over to Puebla.

While it might sound odd to have pineapple in your tacos, just trust me on this. The pork is marinated in chilies and pineapple before being slowly cooked on a vertical rotisserie, similar to shawarma spit-grilled meat.

Pambazo is the name of a kind of white bread, but it’s also the name of a sandwich, and that sandwich is something that you absolutely have to try.

That bread is marinated in a red guajillo chile sauce, and then browned on a griddle and filled with fried potatoes, chorizo, lettuce, cheese, and crema. Just talking about it makes my mouth water. 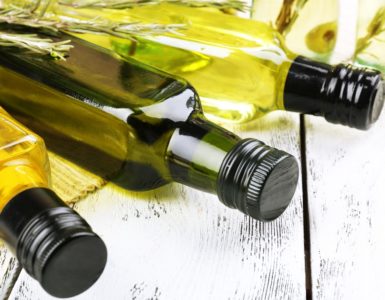 Olive oil is certainly a magical substance, used to marinate, sauté, bake, and preserve. It almost seems like the possibilities are endless. Sometimes you’ll hear chefs raving about extra-virgin olive oil and...